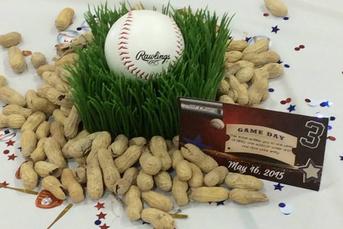 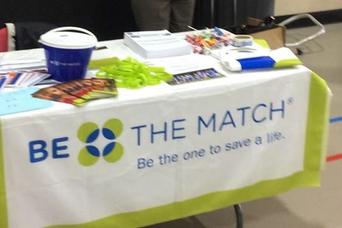 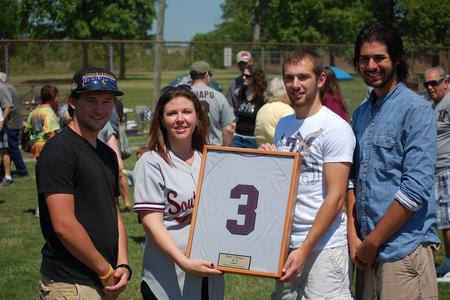 Rhonda Kucharsky - Just a sister looking for a way to honor her brother and make a difference in the lives of others. Could not do it without a world of support. Eternally grateful.

Locally and nationally, the Paul Chapo Foundation is a vocal advocate for those who have been diagnosed with Leukemia and other blood cancers. In honor of its namesake, we donate college scholarships to deserving scholar-athletes of Southgate Anderson High School.

To become a significant contributor in the fight against Leukemia, increase awareness of the National Marrow Donor Program, and provide scholarships to Southgate Anderson High School students.

Just  look at those faces!

Paul was diagnosed with Leukemia as a Junior in high school. He was 17 years old. He spent the next year undergoing painful chemotherapy and radiation treatments, spinal taps and so many other invasive medical procedures. After just a brief remission, he received a bone marrow transplant and went through a critical 100 day window to allow his body to accept this foreign substance.

The bone marrow was actually mine...given on behalf of all of us who prayed it would be just the thing to make this cancer go away.  Those hundred days were just part of Paul’s unforgettable story – and they mark a time when we all struggled with the emotions that came with such a devastating diagnosis.

For Paul, there was the reality that he would no longer play the sports he loved or the hang out with friends in places that weren’t virtually sterile. He practically lived in a hospital while classmates were living normal lives, going to movies, dances, football games, and playing poker listening to Kenny Rogers.

It is agonizing to watch someone you love go through this.

But somehow, through all of it, Paul made it easier on us. He told jokes during the spinal taps; he smiled and oozed his charm each time a nurse walked in the room, quickly making him a favorite patient who earned extra long visiting hours. He made it look like being hooked up to machines was something everyone ought to try (especially the morphine). He made bald cool. His attitude was truly remarkable and is one I continue to learn from and strive towards.

As I look around at Paul’s friends and family, I see people who teared up just sending me a photo, who got emotional printing the tee shirts, or recalling stories that remind us of Paul’s reckless abandon for life.

There are so many of us who were lifted from a bad mood with just one of his smiles. We felt as though we mattered simply because he included us in his circle. We knew he truly cared about us… because he inspired each of us to be a better person.  We lost someone who made us feel hopeful about our future while facing the darkness of his own. Paul taught us to appreciate life and probably changed the way every single one of us lives out our legacy.

Which brings us to this ceremony. It is quite an honor and very uncommon to have your high school number retired.   You not only have to be an excellent athlete but equally important, an exceptional person.  President John F. Kennedy said, “We will be remembered not for victories won, but our contribution to the human spirit.”

Paul is not being honored today for being the best shortstop in the school’s history. He is being honored because of the impact he made on this high school, his teachers, coaches and classmates and of course family.

I found this story about Earnest Hemingway that I’d like to share. After being severely wounded during World War One, he wrote a letter to his parents that said, “All the heroes are dead.  And the real heroes are the parents. Dying is a very simple thing. I’ve looked at death and really I know. If I should have died it would have been very easy for me. Quite the easiest thing I ever did. But the people at home do not realize that. They suffer a thousand times more.”

I feel as if Paul could have written this himself. He held on for as long as he could and I know in my heart it wasn’t for his own sake but for ours.

And finally, in death, he was at peace. To quote Hemingway…for him, “It was easy.” It is truly those of us left behind who have suffered a thousand times more.

I am so grateful to the Southgate Anderson baseball coaching staff for retiring #3 today. We look forward to keeping the scholarship alive for many, many years to come. In this way, not only is Paul’s memory kept alive…but the lessons he taught may continue. On Paul’s behalf, it’s my sincere joy to close with a few of his lasting lessons:

Our attitude towards adversity determines our happiness

Live a life with passion and much laughter.